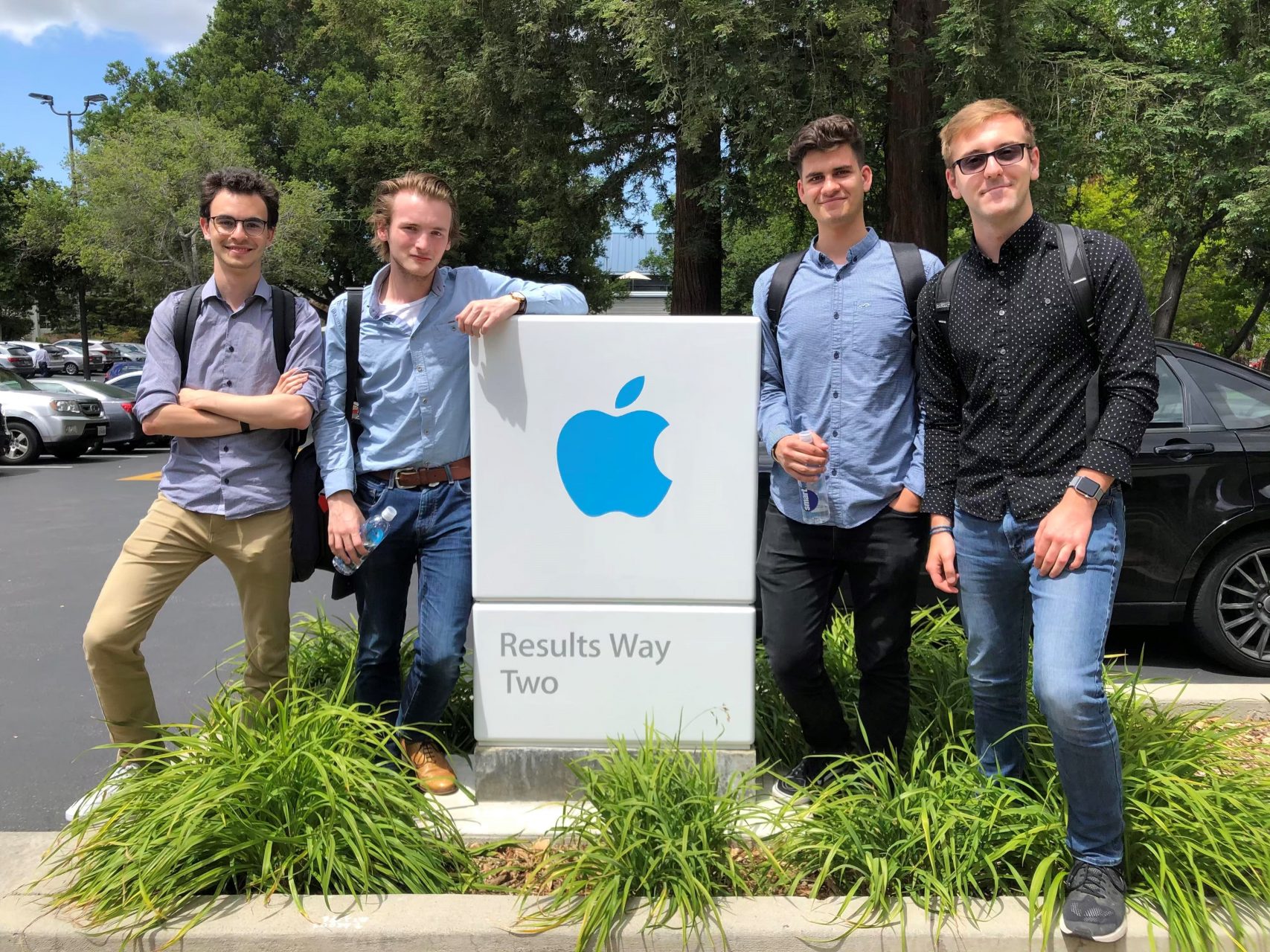 Four Year in Industry students from the School of Computing have attracted the attention of Apple for their new music service, Musish.

Having realised that Apple does not offer a web player for its music service in the same way that the likes of Spotify does, James Jarvis, Raphaël Vigée, Filip Grębowski and Brychan Bennett-Odlum developed their own open-source web based player for Apple Music.

Musish uses an Apple Music subscriber's existing library to provide them with a seamless listening experience across all devices – not just their personal Apple devices but also any device with a web browser.

Since its release only five months ago, almost 200,000 users from almost 200 countries have connected with the service, with dozens of very positive reviews appearing around the world.

During May, the team was also invited by Apple to meet with some of their executives at their Cupertino campus. While the particular details of that meeting remain private, James Jarvis described it as 'extremely positive' and 'encouraging'.

All four students are currently participating in the Cisco International Internship Program in San Jose, California, during the Year in Industry part of their computer science degree.

However, Musish was developed and created by them as a personal project in their own time and without any support from others. Knowing what they wanted to do, the team simply 'learned on the job' and built the service from the bottom-up by themselves.

James Jarvis explained: 'We actually conceived of the project at a Major League Hacking (MLH) hackathon in San Francisco, where we ended up winning first place for our idea. Then, realising both its potential and the demand for the service, we started developing it in our free time. A month or so later, we "released" Musish by sending a press release to 9to5mac, a popular Apple focused tech blog.'

James also described their next steps as 'continuing to develop Musish during our free time'. However, given that it is open source on GitHub, thereby allowing anyone to contribute their own code to it, they hope that the online community will help develop it in the future 'as we feel our users should be the ones who influence our product, not just ourselves'.

The School of Computing has a strong link with the Cisco International Internship Programme and the team chose this opportunity for their placement as it offers not just the opportunity to work in a top technology company with over 100,000 employees globally, but also to immerse themselves in all aspects of the Silicon Valley lifestyle. They have been to multiple hackathons as both participants and mentors, attended tech talks, campus tours of Facebook, Google and others, and 'explored much more of the U.S. than we had ever anticipated'.

Their placement has allowed them to focus mainly on web development and DevOps software engineering, but they have also been writing their own projects in their own time, leading to innovations such as Musish.