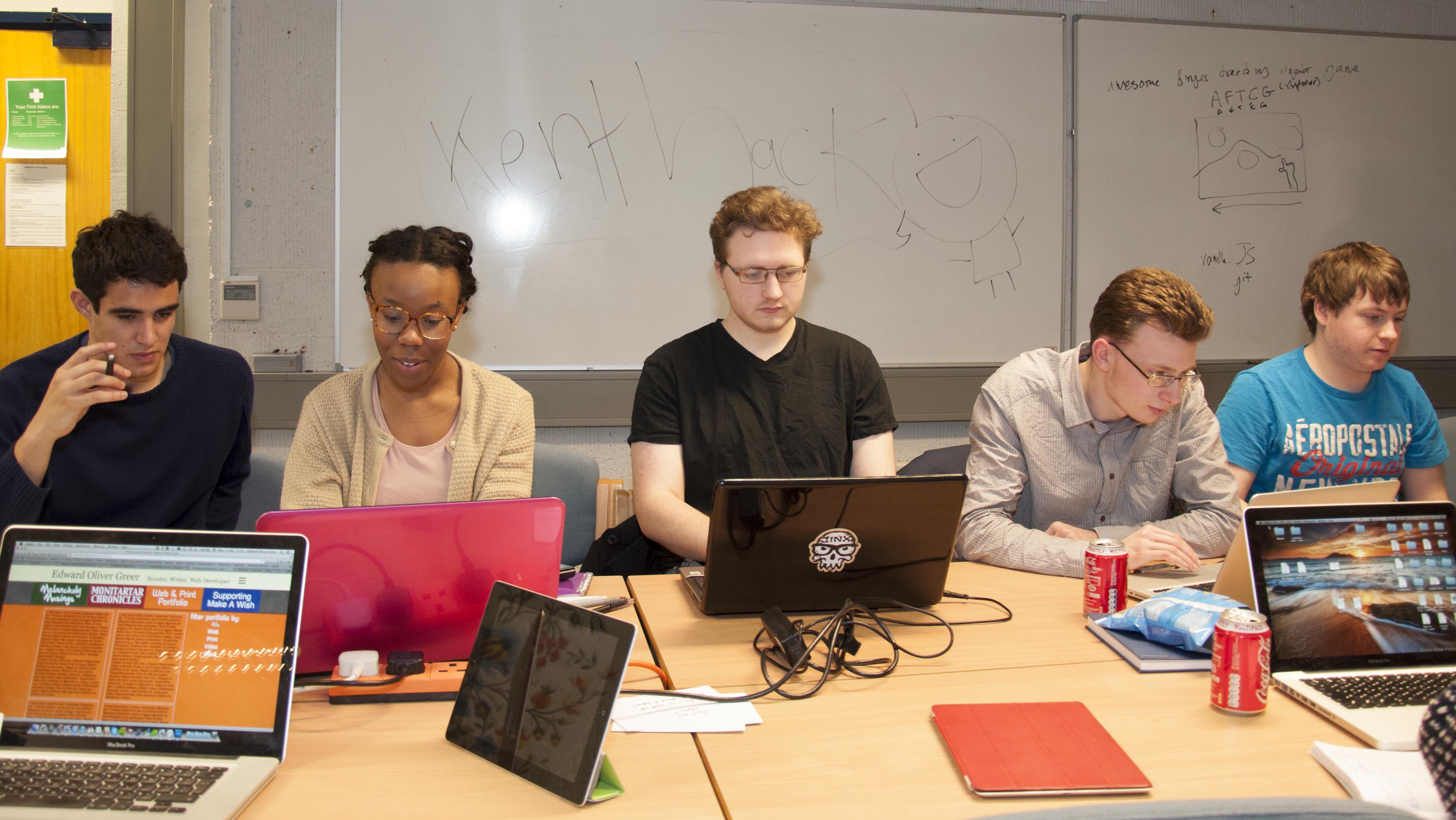 Two enterprising Computer Science students have staged a 'hackathon' for students at the University of Kent. The two-day event known as #kenthack was organised by second years Rebecca Arnold and James Dryden on 11 and 12 March at the School of Computing on the Canterbury Campus.

James said: “Hackathons are a place where designers, programmers and entrepreneurs can get together. People come up with an idea and see how far it can go. We have people in this room working on a game, an app for sharing quotations and an app for a Canterbury hub, where people can find up to date information about what is going on locally.”

Rebecca added: “I've been to hackathons before but they are usually in London. As a computing student you learn so much at these events that I thought it would be a good idea to organise one ourselves. We'd love to open it up in the future so anyone from the local community could join in too but we may need more sponsorship.”

Students from all year groups took part in #kenthack and it was sponsored by local company Virally and new social networking site, app.net.